Process Hacker should stick to binary standards IEC 80000-13 where 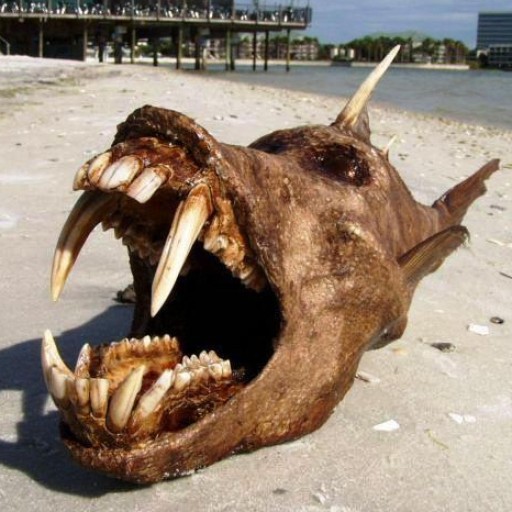 Here's a link for those who might not know what were talking about:
https://wiki.ubuntu.com/UnitsPolicy

Task Manager on Windows 10 still uses SI prefixes even today? wj32 would know more about the reasoning behind this on Windows and it might be due to historical or compatibility reasons.

"The only place you’ll still find the industry referring to powers of 1024 with SI prefixes is the size of RAM modules, which for architectural reasons are constrained to being powers of 2."

By the way. There is already a lot of different applications which use correct prefixes. See BitTorrent clients for example.
M$ is well know for ignoring standards (Internet Explorer for example). Process Hacker should not repeat M$ mistakes. Personally I do not care if Win10 still uses wrong prefixes in Task Manager.
Top

With the exception of the storage industry, I have never seen anyone in this field refer to 1000 bytes as 1KB. Especially anyone who has written more than a few lines of code.
Top

I really do not understand why some people are against standards. Is that hard to add letter "i" between K an B. Binary prefixes once for all clear this mess where 1 MB is sometimes 1000^2 and sometimes 1024^2. Is there any logical reason to support this prefix madness?
Top

I don't care who wrote the "standard" you're referring to. The fact is that barely anyone uses it.

If you find the notation used by PH to be confusing, feel free to change it yourself in the source code. As you indicated, it's not "that hard".
Top

I suppose the same you can say about metric system in Australia? ;) Oh wait you do not use metric system. You still rely on bizarre imperial units. In this case I'm not surprised that you defend wrong prefixes if you live in country where miles\pounds\feet\inches are more common than km\kg\m\...

I knew from start that I won't be able to break this concrete mentality... At least I tried. :(
Top

We use the metric system in Australia.
Top

1000B = 1kB in computers? this is only in storage because they want to cheap out on it
Top

You are not right. And I consulted on work with metrology and here's their response:

"The prefix includes the second symbol the letter "i" indicates the use of the SI system and based on the decimal system."
Top

The storage manufacturers have it wrong, since the basic unit of space is the 'bit'. A byte can be anywhere from 6-10 bits depending on the machine, so it is inaccurate just on that basis. However --- I assert assuming a Decimal prefix on a *binary* (power of 2: 2^3) number is faulty to begin with. Worse is that space on disks is never available to users in *bytes* -- but in sectors. So if a disk manufacturer claims they provide something measured in MB, they have to be wrong, because 1MB = 1953.125 sectors -- and the ".125" sectors can't be used or formatted.

The thing is no one cares. 1MiB as well as 1MB will refer to 1024kB in computers to majority of people, then why change it?
Top

So, yes, the official standard is KB-1k bytes, and KiB = 1024 bytes, but this has nothing to do with the metric system, and no one really followed the switch-over because most people in a position to care and enforce it thought it was inane at best.

In short, American consumer protection laws, combined with bad business practice, and a some excuses revolving around SI units are the reason that this discrepancy exists. KiB is technically the current prefix for 1024 bytes, but few programmers care enough to change to the new standard, since it has no practical impact, and requires a shift of mindset that could be better used elsewhere.

You can read up on it in the wikipedia article here, if you're so inclined: https://en.wikipedia.org/wiki/Kibibyte.

Last thoughts: I would suggest not opening up this can of worms, since the argument is still pointless, and it's actually, in general, more confusing to consumers and programmers alike if you use the newer standard. This is why, if you ever need to be completely un-ambiguous, just state it in bytes. If you say items with the KB,MB,GB prefixes, assume that others will automatically think 1024, not 1k. And if you use KiB, MiB, GiB, expect a lot of confused stars, and, if you're lucky, a Men in Black joke.
Top

The disk dicks use base 10, because they manufacture a plate of unformatted bits (though they do preformat them these days). But they are always struttin their stuff about how many bits/area-measure they are using... and in that sense -- they have no Bytes -- and compute their max capacity based on the raw bits. So if someone wants to talk 'bits' -- I don't mind using base 10, but if someone talks a unit that is already a multiple of something (binary in this case), the prefixes should follow the unit. In general, I don't think metric units are used with quantities -- like a dozen. Can you think of someone saying a kilodozen of eggs? They'd be mixing their english and metric units. Similar with Bytes -- they aren't a Metric or SI quantity, so their rules really have no place w/computers.

Now convince the gnu-crowd, who desperately jumps on any standards bandwagon in order to get validation. Pathetic. SI units, Posix... even when it comes to dumbing down their utilities. If posix tells them to hop, they hop.
Pah!

Byte can have a width of not only the eight bit, but other than that it is the minimum value for the size of the addressable domestic segment ALU. For example I am now developing a partitioned microprocessor with a variable bit width for one byte of industrial tasks.
Top

While a byte can have other meanings, when people, as here, discuss KB, MB, GB, etc... do you really think they are talking 1 bit-Bytes? You have to look at context, for meaning, not the outlier cases.
Top
Post Reply
×